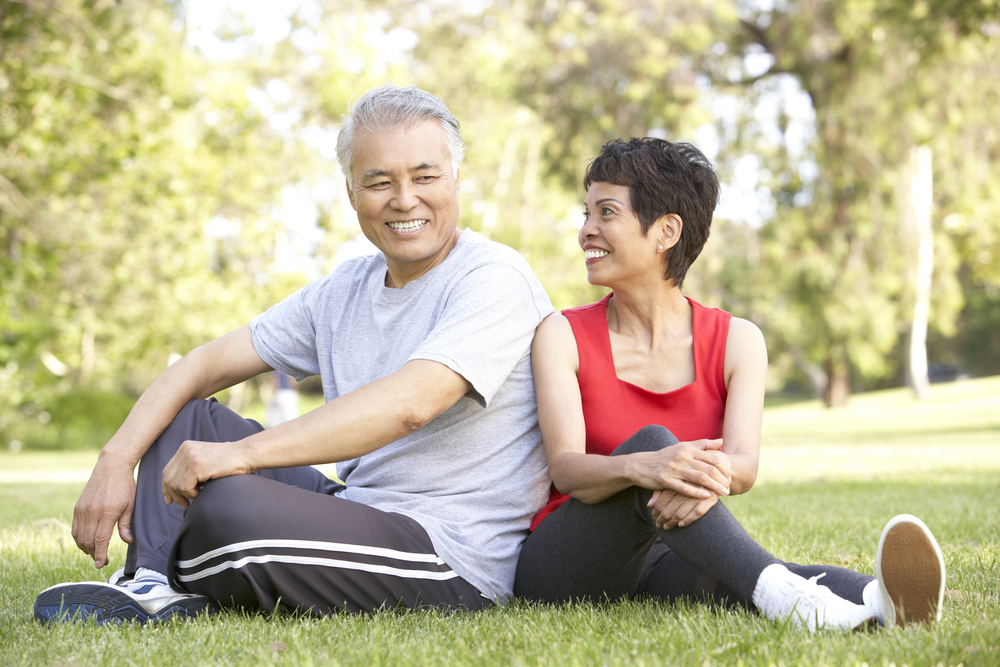 Aging is part of the natural course of life—feeling old doesn’t have to be. And while you can embrace the former, no one says you have to accept age-related illness or more than your fair share of fine lines, fatigue, and creaky joints. Here’s a look at some of the newest, most surprising, and most effective natural techniques to age healthfully, beautifully, and happily.

Believe in broccoli. Former President George H.W. Bush may have just celebrated a healthy, broccoli-free lifestyle, but the rest of us would be wise to nosh on this nubbly green vegetable. Research from the University of California, Los Angeles, shows that a phytonutrient called sulforaphane in broccoli can reinvigorate your immune system and help stave off one of the major causes of aging: free radicals. Researchers discovered that mice given sulforaphane had immune systems that functioned like those of younger mice. Researchers believe sulforaphane switches on antioxidant genes and enzymes in immune cells that keep free radicals from forming. Ideally, you should eat a half-cup of raw broccoli a day, but if that’s too difficult, aim for at least one serving a week.

Toast to New York. Poughkeepsie and Buffalo are never going to rival Piedmont and Bordeaux when it comes to famous wine regions, but they do have one important distinction. A Cornell University study found that red wines from New York state have more of the potent antioxidant resveratrol than those from other wine-producing areas like California, France, and Italy. Grapes produce the antioxidant—which protects against degenerative brain diseases, enhances memory, counters inflammation, and helps fight cancer, heart disease, and diabetes—to fight fungus. Because New York’s humid climate has so much fungus and mildew, grapes grown there have to boost resveratrol production in order to survive. The same reasoning applies to organic red wine grapes, which produce two to five times more resveratrol and other antioxidants than grapes sprayed with chemical pesticides, says Joseph Maroon, MD, author of The Longevity Factor. To get even more resveratrol, opt for organic wine made from pinot noir, the grape most prone to fungal infestations. Not a pinot aficionado? Merlot has the next-highest level of resveratrol, followed by Grenache, cabernet sauvignon, and tempranillo, according to Maroon. Whichever variety you choose, don’t drink more than two glasses a day, or alcohol’s negative effects will counteract resveratrol’s positive ones.

Need another reason to 86 your frying pan? Cooking at high heat can cause glycation, a process that causes the sugar in your food to glom onto protein or fat molecules. This creates a sticky substance that can gum up your arteries and organs and contribute to common aging related diseases like diabetes and Alzheimer’s. Slow down your cooking by using Crock-Pots, simmering rather than boiling, grilling over low flame, and avoiding caramelization, says Jonny Bowden, PhD, author of The Most Effective Ways to Live Longer.

Forget the fountain of youth: An alpine plant may be the flower of youth. Three new studies show an extract from the yellow-blossomed herb Rhodiola rosea may help you live up to a whopping 31 percent longer. The studies have been done on only fruit flies so far, but researchers believe rhodiola could have powerful antioxidant properties for humans as well. Holly Lucille, ND, who practices in West Hollywood, California, says she’s not surprised at the herb’s newfound antiaging capabilities, “due to the many levels that rhodiola works on.” She recommends taking 200 to 400 mg a day on an empty stomach to improve absorption.

Oxidative stress and damaged cells can induce hearing loss related to aging, according to new research, but an antioxidant duo can slow down that cell death. University of Wisconsin researchers say sensory hair cells in our ears actually kill themselves—via a process known as apoptosis—when exposed to free radicals. As a result, 40 percent of Americans over age 65 report being hard of hearing. But the researchers discovered that alpha lipoic acid and coenzyme Q10 protect against programmed cell death and may delay or even prevent age-related hearing problems. For best results, supplement with a minimum of 100 mg of alpha lipoic acid and 60 to 100 mg of Co-Q10 daily.

In Africa, the shea tree produces a fruit prized not for its flavor, but for the healing properties found in its oil and pit. Known as shea nut oil or shea butter, this substance is a powerful moisturizer and base for many natural antiaging creams. What’s more, scientists have also discovered that shea pits contain triterpenes, often called “nature’s steroids.” These compounds reduce inflammation, limit cartilage and bone-tissue breakdown, and alleviate pain—all without the liver toxicity and other serious side effects of prescription steroids. Look for shea to start appearing in more joint-health formulations.

Just two minutes daily of this children’s exercise can increase bone density, says Valérie Orsoni, a San Francisco–based wellness expert and founder of LeBootCamp, an online fitness and weight-loss program. Orsoni cites several studies that show jumping up and down creates microscopic bone fractures, which the body must repair. “The bone fiber actually becomes stronger at the point of fracture, slowing down the deterioration of bone density that happens as we age,” she explains. In addition to jumping jacks, doing any weight-bearing activity, such as running or brisk walking, will also help strengthen bones.

We all know that weight lifting makes our bodies stronger, but a new Canadian study shows it also boosts brainpower. Researchers divided 155 women ages 65 to 75 into two groups that performed either resistance training—including with free weights and weight machines—once or twice a week, or balance and toning exercises twice a week. After a year, the women in the first group improved “executive functioning” skills like mental focus and conflict resolution by nearly 13 percent, while the balance and toning group actually reduced those skills by half a percent. Researchers theorize that proper weight training can help seniors make accurate decisions quickly. For best results, aim for at least two 30-minute sessions a week.

For a fun, novel antiaging workout, try pounding the skins. Japanese researchers discovered that executives who took an hour-long drumming class not only improved their moods, but also boosted their immunity and lowered inflammation.

“You’re only as old as you feel” may sound like a marketing catchphrase, but it has scientific backing. Yale University researchers analyzed how people age 50 or older responded to negative statements like “as you get older, you are less useful,” and then tracked subjects’ survival rates over the next two decades. Even taking into account mitigating factors such as gender and overall health, the researchers discovered that the people who had beneficial views on aging lived an average of 7.6 years longer than their glass-half-empty peers. The researchers also found that a positive take on aging impacted longevity more than lowering blood pressure and cholesterol, reducing body mass index, quitting smoking, or exercising regularly. So how can you think yourself young? “A lot of what we believe about aging is predetermined in childhood, based on what we hear about how people of certain ages should be behaving,” says Shya Kane, coauthor with his wife, Ariel, of Working on Yourself Doesn’t Work. To combat those messages, view each birthday non-judgmentally and with acceptance, Ariel Kane says. “If you resist aging, it becomes the focal point of your life rather than the background, and then every little twinge and every little memory lapse become major concerns.”

Look younger with a citrus smell

You may be fond of your floral fragrance, but your man probably prefers a perfume made from breakfast fruit. Research shows that men think women who smell like pink grapefruit appear to be six years younger than their actual age, says Jackie Silver, author of Aging Backwards. But make sure your citrusy splash doesn’t contain rose essence. “Roses make guys think of their grandmothers,” Silver says.

Get a job, not a golf cart

If you’re planning to cash your last paycheck the day you hit 65, think again. A new study found that retirees who take part-time jobs have fewer major diseases and are better able to perform basic activities, such as dressing, eating, and bathing, as they age. For six years, the national Health and Retirement Study tracked more than 12,000 participants between ages 51 and 61 and found that those who stopped working altogether were more likely to suffer from high blood pressure, diabetes, cancer, lung disease, heart disease, stroke, and psychiatric problems than their employed peers. But your golden years might not be the best time to start a new career: Study participants whose post-retirement jobs were related to their previous occupations reported better mental heath and less stress than people who opted for jobs in unrelated fields or who were working because of financial problems.

Just like your body, your mind can also get into ruts. Research shows brain cells multiply when we try new, interesting things, says Dorothea Hover-Kramer, RN, author of Second Chance at Your Dream. “There’s nothing more deadly to brain cells than the same food and same routine.” If fear of failure is keeping you from making changes in your life, Hover-Kramer suggests you release limiting beliefs through chakras, which, according to Indian philosophy, are the body’s centers of spiritual power. Rub the tender spot on your upper mid-chest, right above the center of your breasts, and repeat strength-affirming statements like, “Even if I make a mistake, I deeply and profoundly accept myself.”

Not only does it keep you from being an Ugly American when you travel, but being fluent in at least two languages can also delay dementia by an average of four years. A study of Toronto residents found that bilingual people first showed dementia symptoms at an average age of 75.5, compared to 71.4 for those who spoke only one language. Researchers believe that learning a foreign language enriches the brain’s vascular system, strengthens neurons, and helps you develop more of your brain regions.

Find purpose. If you feel like your life has meaning and direction, you’re less likely to develop Alzheimer’s disease than people who believe they lead aimless existences. Researchers at Rush University Medical Center tracked more than 900 elderly people for four years and discovered that those who had a greater purpose in life were 2.4 times less likely to develop Alzheimer’s. Researchers speculate that a purposeful life may reduce risk by improving immune-system function and vascular health.

Studies have found that people who are cynical, pessimistic, and depressed tend to die earlier than those with sunnier outlooks. But can you really make yourself happy? “Fifty percent of happiness is determined by your genes, but you can determine 50 percent yourself,” says Reed Engel of Mather LifeWays, an aging institute in Illinois. He suggests two simple tasks to up your happiness quotient: Every night before bed, write down three things that went well for you that day. Eventually, that positive outlook will become habit, he says. And when you catch yourself saying something pessimistic, fine yourself $1 and put it in a jar. At the end of the month, donate the money to charity. “It’s a concrete way to convert something negative into a positive,” Engel says.

Helping others also helps you, according to Mayo Clinic research. Older people who volunteer 40 to 100 hours a year have lower rates of heart disease and live longer than their less-altruistic peers.

Loneliness can cause more than psychological pain: Research shows it can also exacerbate arthritis and high blood pressure. A University of Chicago study found that lonely people have more restricted blood flow through their cardiovascular systems and poorer immune system function, perhaps due to higher levels of the stress hormone cortisol. What’s more, a Towson University study showed that arthritis sufferers who regularly hang out with family, friends, or community associations are more motivated to remain functional and manage their pain in order to meet their social obligations.
By Vicky Uhland

2 thoughts on “Can Aging be Reversed”

Do Mosquitoes Ruin Your Outdoor Plans? 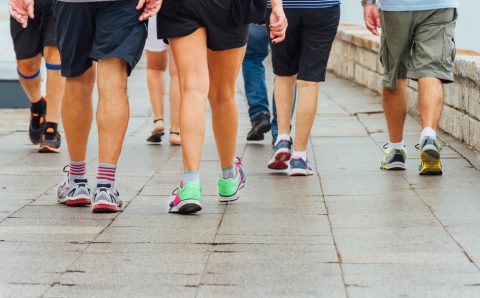 Why walking is good for mental health 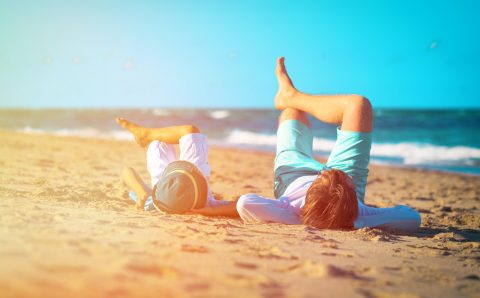 The Amazing Healing Power of Sunlight 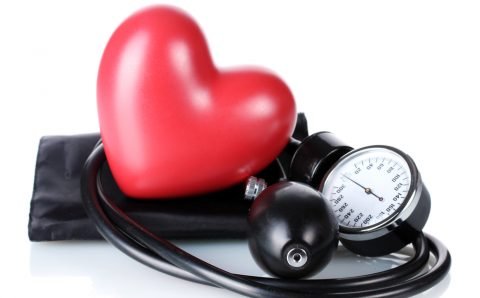 You Can Quickly Lower Blood Pressure 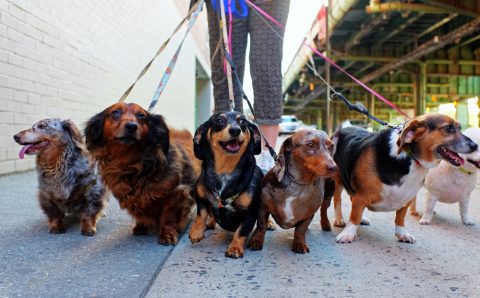