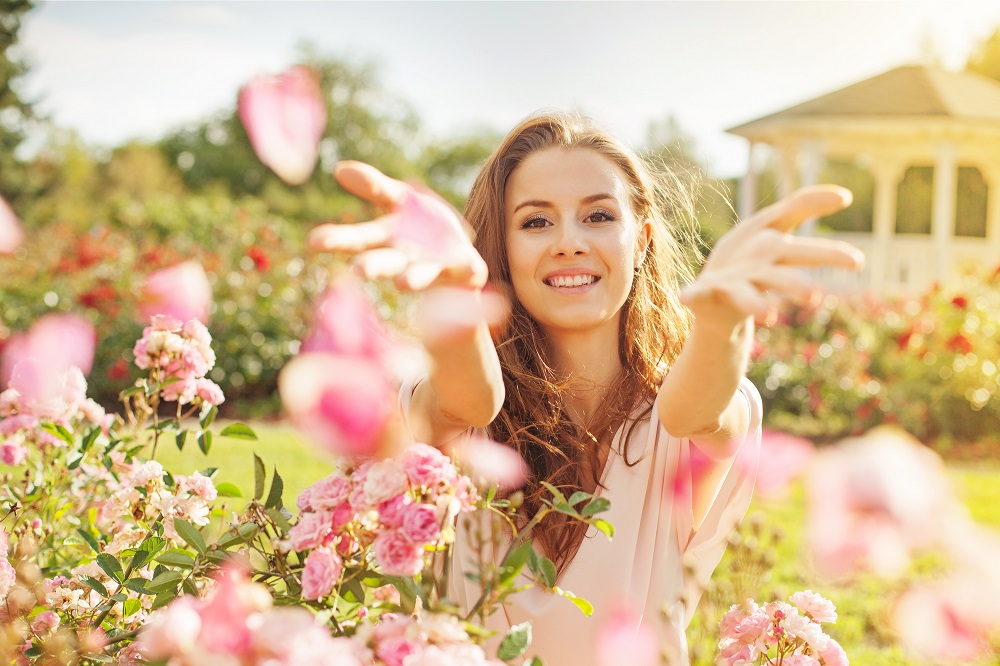 Whether as bouquets in our homes and offices or blooming in our gardens, flowers have a wondrous ability to bring joy and rejuvenation simply by their presence in our lives. While their beauty alone can uplift us, according to thousands of flower-essence practitioners around the world, it is the unique energy of each flower, also known as its vibrational “essence,” that holds the power to truly heal.

“Flower essences work on the mental and emotional level to restore health,” explains Nancy Buono, a Bach Foundation registered practitioner and international educator and consultant in the field of flower essences based in Tempe, Ariz. “Our body, mind, and spirit are linked. When we are blocked emotionally, our physical body is affected. Essences facilitate physical healing by clearing the emotional distress and increasing the energy that’s available to the body.”

Although flower remedies have been used in various ways throughout history by holistic healers, it was Edward Bach, MD, a British bacteriologist, pathologist, and homeopath who first formalized their use in the 1930s, bringing flower essences to the general public. Bach was a pioneer in psychosomatic medicine, recognizing the impact of stress and other emotional states on health. He developed flower essences in response to his belief that physical illness was a manifestation of emotional imbalance. Convinced that there were substances in nature that would correct these imbalances, he began to experiment with various flowers. Prior to his death in 1936, Bach had created a complete system of 38 flower essences prepared from the flowers of wild plants, trees, or bushes. Bach felt that these 38 essences, when used singly or in various combinations, corresponded with all the basic human emotions.

What began with Bach has now spread throughout the world. Today, according to Buono, there are more than 800 certified Bach flower remedy practitioners in 40 countries. In addition, hundreds of other companies, along with the original Nelsonbach in England, create and distribute flower essences. Buono estimates 5,000-plus flower essences are available worldwide, with branded blends from Hawaii, Australia, Alaska, California, and numerous locations in Europe.

Although various methods are used to create essences, most companies employ the manner developed by Bach, which involves floating delicate blooms in pure spring water under full sun for a number of hours (or boiling more hardy varieties) to release the unique vibrational energy from the flowers. After the essence has been captured in the water, brandy is often used as a preservative and mixed with the flower tincture. That mixture is then combined with water. Drops from the preserved original tincture are further diluted in brandy to make the formulas that can be purchased in stores. At that point, very little trace of the original flower is scientifically detectable. Flower essences are usually taken orally from a dropper bottle, typically four drops four times per day. Drops can also be placed in water or other beverages and sipped throughout the day.

Published evidence on the Essence of Flowers

A 2001 preliminary study on flower essence therapy published in The International Journal of Healing and Caring, an online journal, was one of the first of its kind to attempt to quantify, scientifically measure, and document the clinical effects of flower essences on the treatment of depression. The results of the small study, funded by FES, were positive, recommending the use of flower essences adjunctly to help resolve mild to moderate depression. A 2003 case report published in Alternative Therapies in Health and Medicine details how flower remedies were used successfully along with antidepressant medication and psychotherapy to successfully treat individuals with chronic depressive disorders.

Up Close and Personal

Although Brayshaw appreciates the written evidence, she doesn’t need it to know that flower essences work—for herself, her family, and the clients in her private psychotherapy practice. Brayshaw has used essences for 13 years, having discovered them after a health crisis hit in 1992 and she began experiencing symptoms that mimicked Crohn’s disease.

After medical testing provided no answers, she turned to naturopathy and received relief from her physical symptoms through the use of herbs and supplements. However, in addition to her severe digestive problems, she was also experiencing “bouts of terror.” Through flower remedies, beginning first with aspen (Populus tremula), whose primary indicators are fears and worries of unknown origin, she began to treat her emotional state. “I turned to essences to address my states of terror and to tap into the underlying spiritual causality of my state of being,” Brayshaw says. “The essences worked beautifully for this. The states of terror were eased, and the essences initiated a whole process and journey of awareness of my soul challenges, life themes, and approach to life. Flower essences were the first thing in my life that worked to heal on all three levels—the physical, emotional, and spiritual.”

Although science may not be convinced, flower essences provide an inexpensive, gentle option for healing emotional and physical pain. “When we are able to attune to a flower, we can understand why flower remedies intrinsically hold the power to heal our relationships with our bodies and with the whole of the natural world,” says Brayshaw. “Flowers captivate all of our senses, helping us to joyfully inhabit our bodies and celebrate our connection to physical life.”