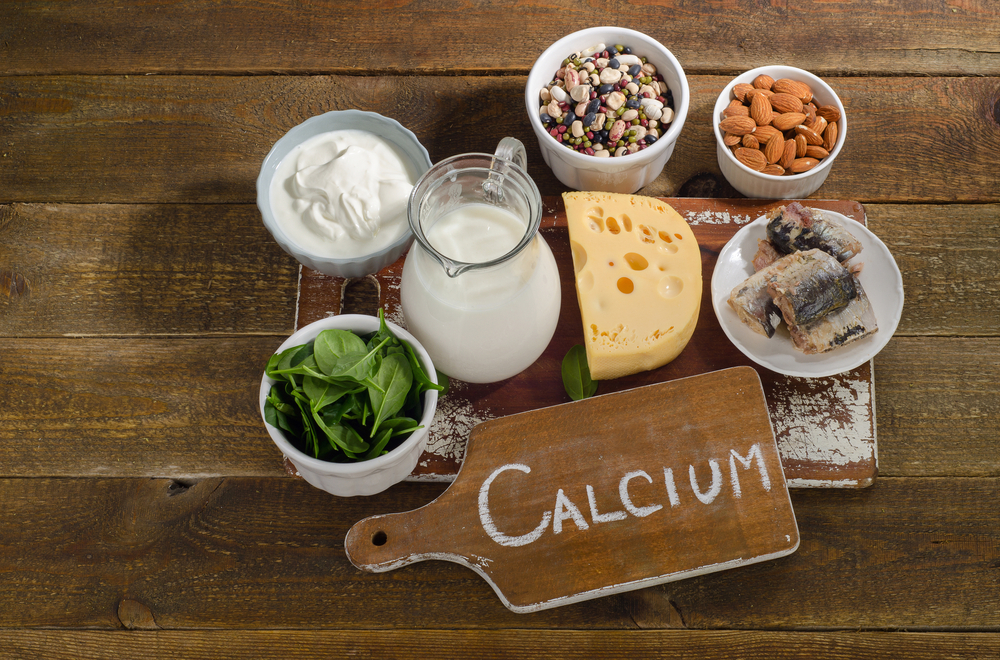 Weight loss supplements have a lousy track record. From the deaths and heart attacks attributed to fen-phen in the early 1990s to the recently banned ephedra, pills hyped to promote weight loss have pretty much proven to be useless at best and dangerous—even deadly—at worst.

But new research shows there may be one pill out there that can help you shed pounds without risk. It’s legal, it’s safe, and you don’t have to buy it from some sketchy website. Good old calcium, it seems, not only strengthens your bones and helps lower your blood pressure, it can also help you lose excess weight—and keep it off.

Not a magic bullet for weight loss

“This is not a magic bullet, but adequate levels of calcium can help you ‘melt’ fat more quickly,” says Robert Heaney, a calcium researcher at Creighton University in Omaha, Nebraska, and the author of one of several recent studies on the subject. In fact, a calcium deficiency may be one answer to that oft-heard question, “I’m eating less, so why aren’t I losing weight?”—especially when you consider that nearly 80 percent of American adults, and 90 percent of women, aren’t getting enough of this essential mineral.

In one study, Heaney examined data from 348 young women and found that the less calcium they got from their diets, the more likely they were to be overweight or obese. Among those who took in around 400 milligrams per day or less, 15 percent were overweight. But among those who got the recommended dose of 1,000 mg, only 4 percent were heavy.

Another study comparing women on low-calorie diets found that after two years, those who took in only 500 mg of calcium a day actually gained an average of four pounds, while those who got 1,000 mg lost six. And once people reach healthy weights, adequate calcium levels have also been shown to prevent relapses. “This is particularly significant since recidivism rates for obesity are actually worse than they are for alcoholism,” says Heaney.

The reason for calcium’s fat-busting role goes back to Paleolithic days, say experts. In times of plenty, our ancestors seldom had to worry about getting enough of the mineral. The plants they gathered contained much higher levels than do our fruits, veggies, and grains, because they grew in calcium-rich soil rather than on land depleted from years of farming. They also got a lot of calcium from the small bones of the fish and birds they ate. So the only time primitive humans might have been short on the mineral was when food was scarce.

And apparently, Heaney says, when calcium levels are low, a substance called calcitriol rushes through the bloodstream and tells our fat cells to stop breaking down fat and to start storing it as efficiently as possible. Basically, the body goes into a kind of starvation prevention mode that thwarts our efforts to lose weight. A high-calcium diet, on the other hand, tells the calcitriol to back off, allowing the metabolism to speed up.

Nowadays, since most people are low on calcium despite having access to plenty of food, we’re chronically in a state where our bodies are being told to conserve energy and store fat. This is a lifesaving effect if you’re a Neanderthal, but a nuisance if you’re living in a Western country in 2004, where the greatest food-related threat you face might be your local Dunkin’ Donuts.

“Our ancestors didn’t know where their next meal was coming from,” says Michael Zemel, a nutrition researcher at the University of Tennessee, and the first to establish the connection between calcium and weight. That means they had to be continually prepared to go into conservation mode. “It’s only in this era of excess that we actually want our bodies to be as inefficient as possible at storing fat.”

So where do supplements fit into this picture? Many of the calcium studies focused on dietary sources, and our ancestors certainly didn’t stock up by taking a trip to their local health food store. And it’s true, the new research suggests that dairy products like low- or nonfat milk, cheese, and yogurt seem to be more effective than supplements in helping people lose weight. (Nondairy sources, like kale, collard greens, and other calcium-rich veggies, as well as fortified juice, soy milk, and tofu, are also good.)

But there’s no getting around the fact that most people just don’t get enough calcium from the foods they eat, which is why a daily calcium supplement is key, say the experts. Fortunately, the overall amount you need for maximum weight loss is the same as what’s recommended to protect your bones and help keep blood pressure in check: 1,000 milligrams for men and women under 50, and 1,200 mg for those over 50.

Keep in mind that once you meet those daily goals, additional calcium won’t speed up your metabolism any further. And remember that calcium is only one part of the equation. Popping a few supplements alone won’t undo the damage of overeating and inactivity. “Calories still count,” says Heaney. “You won’t lose weight if you take in more energy than you burn.”

So think of calcium as the perfect little helper. Get the recommended amount, and your bones, your heart, and your waistline may thank you.

What is it? One of the most abundant minerals in the earth’s crust, calcium is crucial for healthy bones, as well as helpful for keeping blood pressure low and managing weight.

Dosage: To help yourself lose weight, you just need to meet the RDA for calcium. For men and women under 50, it’s 1,000 milligrams; for adults 50 and over, 1,200 mg. Take into consideration what you get from food—8 ounces of milk has about 250 mg, 8 ounces of yogurt has about 450 mg, and an ounce of hard cheese has 200 mg—and then use supplements to fill the gap.

Type: Calcium supplements come in a few different forms—usually calcium carbonate, calcium citrate, or calcium phosphate—and in pills, liquids, and chewable “candies” and tablets. All are good options. Adequate vitamin D is required for proper absorption, so take a combo pill or a separate supplement with 400 IU of D (600 IU if you’re over 50). And the calcium will be better absorbed when taken with food. If you don’t get much calcium from food and need more than one tablet per day, take them at different times; the body absorbs small doses more efficiently.

Risks: Taking more than 2,500 mg a day could interfere with the way the body absorbs iron and zinc and may increase the risk of kidney stones.

One thought on “The Secret to Healthy Weight Loss!”