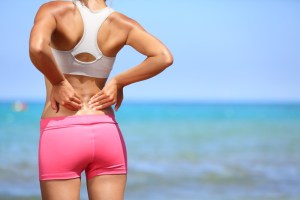 For two years, Michelle Marcon suffered from constant pain because of a herniated disk in her lower back, arthritis in both hips, and bone spurs in her heels. After walking for only a couple of minutes, pain would shoot down the back of her legs, and her left foot would go numb. Her pain got so bad that she had to quit her job. When the discomfort in her lower body led to tension in her neck and shoulders and numbness down her right arm she decided it was time to see a doctor.

Anti-inflammatory drugs. Marcon’s general physician prescribed painkillers, which she refused to take. She didn’t want to pollute her body with such strong drugs. Instead, she opted for over-the-counter anti-inflammatory medications, which upset her stomach and digestion. Eventually, she gave in to epidural steroids, but going that route only offered her two weeks of relief before her pain returned.

Watsu. A cross between shiatsu massage and yoga, Watsu consists of a series of stretches conducted in a pool of warm water. The warmth of the water enhances circulation while generating a deep state of relaxation. Watsu is used to treat many chronic pain conditions, such as degenerative disk disorder, cerebral palsy, Parkinson’s, and fibromyalgia. For Marcon’s treatments, Ingrid Keating, an occupational therapist and Watsu practitioner in Chicago, stood in the water and gently supported Marcon as she floated face up. “Since 85 percent to 90 percent of Michelle’s body weight was supported by water, I could help her get into a deeper, more healing series of stretches,” says Keating.

The Outcome: After just three Watsu treatments, Marcon’s pain began to subside and after three months of twice-weekly, hour-long treatments, she no longer needs her medication and is nearly painfree. “For a long time, I thought I’d have to live the rest of my life dealing with the pain,” says Marcon. “Now, I have more range of motion in my hips, the stiffness in my neck and shoulders is nearly gone, and even my bone spurs have healed.” 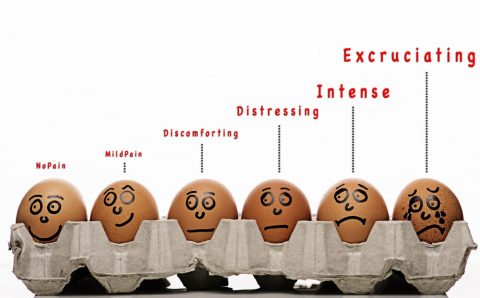